Whether you’re new to exercise or getting back to it, making running resolutions stick isn’t easy. If only the running you did in your dreams would count toward your health and fitness goals! In order to achieve this success, you’ve got to put in the time and commit to it. That might be challenging though when you don’t know where to start.

You don’t have to wait for another year to end and a new one to begin. Making a running resolution stick can start right now for you with these 10 tips that will get you up and running!

10 useful tips to keep running for a full year : how to stick to your resolutions.

1. Start by putting on your shoes

Even true runners at heart often struggle to get up and out the door. Making running resolutions stick is all about taking that first step every day. Literally, putting one foot in front of the other is going to get you there.

Lace those shoes up. Stand up. Now, set a timer for 10 minutes. Head out the door and complete those 10 minutes and you’ll be making running resolutions stick by putting yourself in motion. Even if you decide to call it quits after 10 minutes, you’ll have at least gone some of the distance, and you’ll be compelled to go even further.

2. Get the right shoes while you’re at it

If you’ve run your shoes ragged, another way to motivate yourself to making running resolutions stick is to get the right shoes to support your feet. You’ll be excited to wear them and more likely to put them on when you’re working toward this goal. The easiest way to stay motivating to run is to not injure yourself because you used the wrong shoes 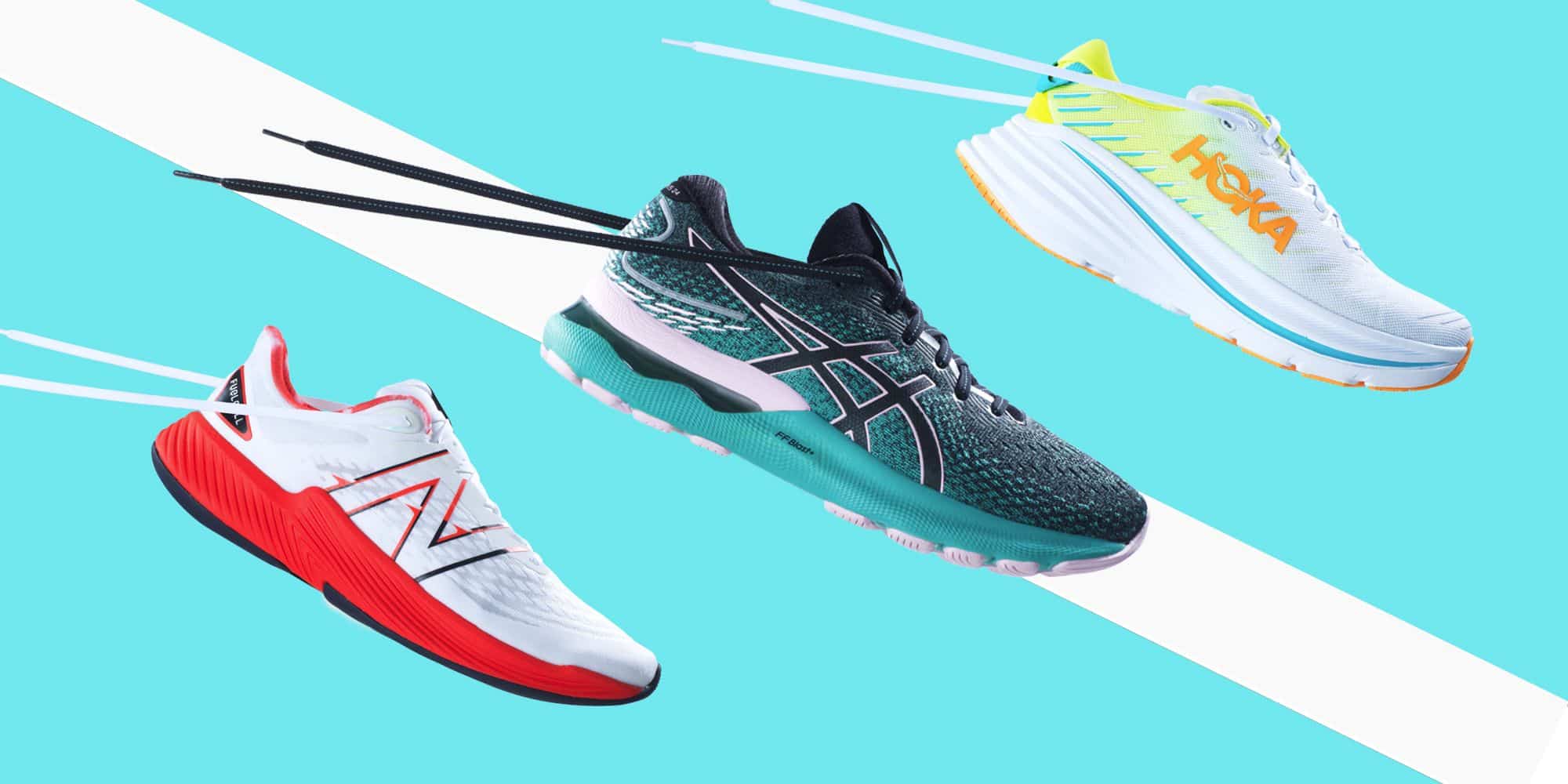 3. Kick negativity to the curb and start running !

Whatever you do, diffuse those negative thoughts before they have a chance to fester. You can’t get through anything in life, including setting up a resolution to run, by being your own punching bag. Nothing worth having is ever easy to obtain, so keep those bad thoughts from chipping away at you.

Instead, spin it into a positive thought by focusing on the good aspects of each run. Even just getting out the door and doing it to begin with is something to be proud of, even if it wasn’t your best run.

One day out of the clear blue sky, Forrest Gump started running. He didn’t know how to articulate his ‘why’ but to everyone who ever saw that movie (which was everyone, right?) he was obviously running from his feelings for Jenny. Of course, that’s a movie. Making a running resolution stick in reality takes actual definition of why you want to do it in the first place.

If you sit there any longer, you can surely think of 1,000 reasons why you should just take it easy today. It’s hot out, you’ll get sweaty, and you’d rather have a cold beer. Look more closely though and find out what running means for you. These answers will be different for everyone but indeed, you’ll want to think about what you’re getting out of running, what you want to accomplish, and why these goals are so important.

Find your own personal ‘why’ and then get out the door. And if that cold beer seems tempting, tell yourself you can enjoy it after you get back. You’ll probably be on the running high once you return and really won’t be in the mood for it anymore anyway.

5. Be specific about your running goals

When people are making a running resolution stick, they’re doing so because they get specific about their goals. It’s easy to declare you’re going to start running or build up your speed. But you can’t really stick to that because there’s no structure. You need to have something realistic to aim for every time you set a goal in running as well as in other parts of your life.

If you tell yourself you’re going to start running every day when you’ve never done it before or when you’ve let running slide for a year, you’re going to fall flat. Define that running goal by putting a number to it. Instead of saying you’ll be running every day, commit your goal to running for 20 minutes three times a week. You can increase it from there to move forward to the next leg in your journey.

6. Break your goal into small steps

Looking up at a big mountain to the top where you want to be is intimidating. You’re never going to get to the top of your goals when you look at it like that. Besides, mountains are ragged with different levels, and that’s exactly how you should look at those goals of yours. No one ever climbs to the top all at once, and making a running resolution stick is exactly the same.

Instead, you need to make little checkpoints along the way up that mountain to meet your running goals. Smaller goals mean more frequent successes which will keep you motivated. You’ll see the process instead of sitting there staring at the outcome.

Think about if your goal is to run in a 5K for the first time. You can’t just jump right into it. You’ll need to set a timeline to achieve this goal by preparing for it with smaller goals. Ideally, you’ll sign up for a 5K at least 6 months in advance, giving you the chance to set a goal like running 2K without stopping by the end of the first month. By the end of the second month, make it 3K, and so on until it’s time for that 5K and you’re ready to run.

7. Reward yourself for those successes

Don’t be so focused on your goal that you forget why you’re in this in the first place. Part of making a running resolution stick is that you need to celebrate those smaller goals you complete. It’s not an easy thing to do to set a new habit and stick to it. You should be extremely proud of the accomplishments you make, no matter how small they might seem in comparison to your big goals. You may have increased your speed, or simply just showed up and did the work like you promised yourself and that deserves something wonderful.

8. Frame failures in a new light

When we don’t quite hit the mark, we can either let a failure set us back. Or we can dust ourselves up by making running resolutions stick. You’re not a robot, so you can’t program yourself to hit that perfect speed. And somedays, you will lose out over your best intentions because you’d rather stay on your couch.

However, when you beat yourself up over failures, it’s not going to move you forward. Acknowledge what went wrong and apply them as a step toward those goals. You may even want to consider that your goal might be a bit too big and needs to be further broken down into something more attainable. When you miss that mark, take it as the chance for what it is – a way to learn, improve, and take another step toward your success in running.

9. Get the support you need

Any goal you set will feel lonely when you’re doing it yourself. You don’t need anyone to do it for you, but having a support system will keep you motivated. Big changes to your behavior only come by sharing them. Think about people that diet – they tend to succeed far more often when they share their goals with family, friends, and loved ones.

Gaining that support helps you feel loved and motivated. Plus, that motivation is fueled by the desire to not disappoint those that are in on supporting your set goals. Ask them to check in with how you’re doing when they ask how they can help. Perhaps one of the easiest ways to make running resolutions stick is to get a friend or two in on the action. Just like having a support group, this one can join you in your efforts. You can motivate each other to run for better health or to challenge themselves to a new goal. You’ll all be more likely to stick it out when you’re counting on one another.

Plus, having someone else along makes it more fun. And when you just don’t feel like running in that light drizzle but your friend is waiting for you at the door, you will suck it up, lace those shoes up, and move it because you will not be a no-show.

One last thing to making that running resolution stick for good is to make sure you take your time to cement these tips into your habits. Don’t just put them all on your plate at once. Tackle each one, fitting it into your habits and you’re going to run right into lasting results!

Why Do I Have A Double Chin When I’m Skinny? Doctor answered What to Do When You Can’t Extend Your Arm After Workout ? 11 solutions 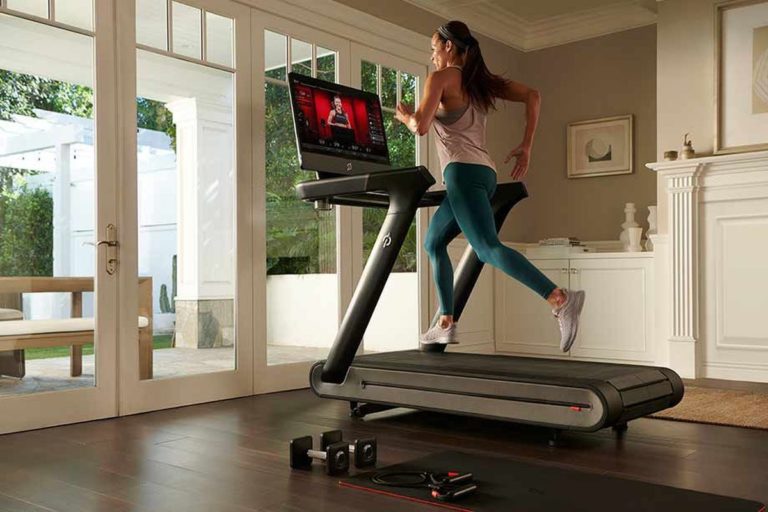 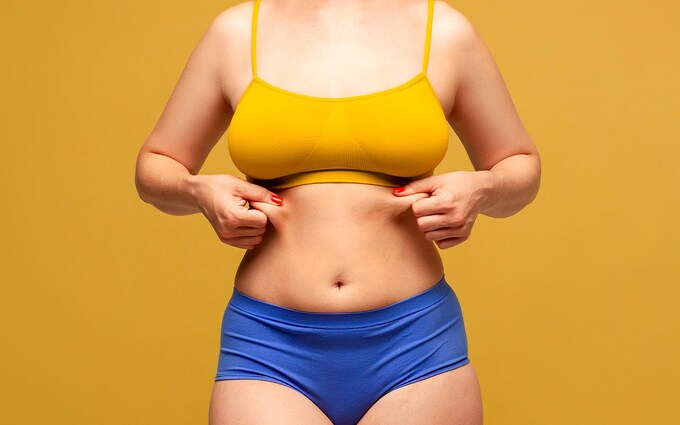